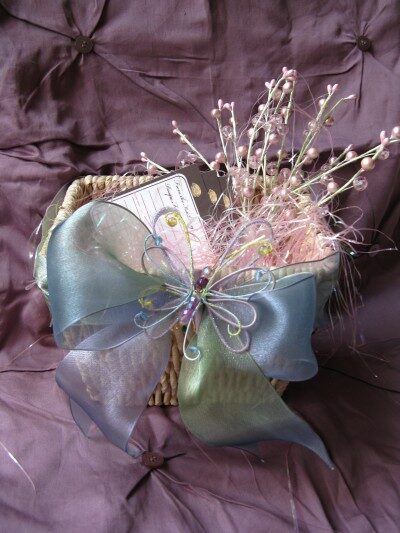 There is obviously a divide between those who love bridal shower games and those who would rather have their upper lip waxed than sit through yet another boring bridal shower game.  I for one love those silly games…well maybe not the drop-a-potato-from-your-knees-into-a-small-paper-bag game!  There is fun and then there is humiliation!  Either way, this bridal shower idea is perfect for everyone!

This is a great idea if you are having a kitchen shower.  Or, you could tweak it to include index cards with marriage advice instead.  Pick a theme and make it your own keeping the bride’s interests in mind.

Use Reusable Grocery Bags as Gift Bags for Any Occasion

Simple Tips for Around the House