Home / Bee in the Know / Eat Your Way to Happiness 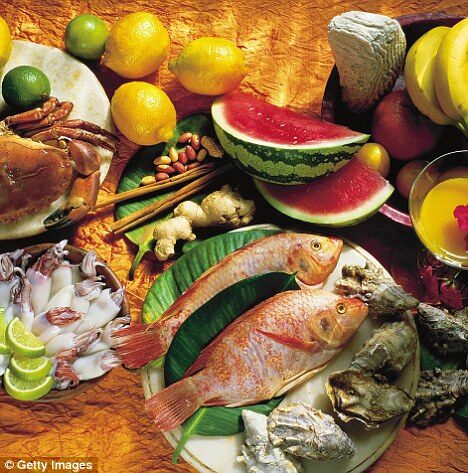 Can your diet affect depression? That’s the question that researchers have been studying for years. We’ve always known that eating healthy is good for us, but now research reports that people who regularly eat fruit, vegetables, and fish reduce their chances of suffering from depression.

A study in the British Journal of Psychiatry conducted by London’s University College studied the diets of almost 3500 people, then assessed them for signs of depression five years later.  It’s not surprising to what they found…those who ate whole-foods had less signs of depression than those who ate food loaded with fat, processed meats, sugar, and refined cereals.

Now, you may be thinking “Hey, I eat lots of junk food and I’m not depressed.”  That’s because the diet doesn’t cause the depression, but the healthier foods seem to have a protective effect against depression. But how does that happen? The researchers think perhaps the antioxidants in fruits and vegetable protect cells from damage. Or perhaps it’s the folic acid in leafy greens, which affects brain tissue, or the omega-3 fatty acids in fish, which is present in certain brain membranes.

Regardless, do as your mom always said, eat those fruits and vegetables!

Making a Beautiful Pillow from a Fabric Placemat