As a mother, nose bleeds were a challenge for me and my youngest son. They were frequent and worrisome as well as a common occurrence at the most inopportune moments. It was during a phone call to the Children’s Hospital late one night that I learned that I had been handling it incorrectly. Seems simple enough and yet a lot of us don’t know what to do.

We were instructed to lean his head forward slightly with his mouth open to allow the blood to drain. We were incorrectly leaning his head back causing the blood to drain down the back of his throat, which we don’t want. Pinch the nose firmly for about 5 to 10 minutes. If the nose is still bleeding, try pinching the nose firmly again for 5 to 10 minutes. If the nose is bleeding only slightly, you can place a strip of gauze in the nostrils–don’t use cotton because it will block the flow of the blood instead of absorbing it. If after 20 to 25 minutes the nose is still bleeding heavily, we were instructed to contact the doctor or emergency room for more information. 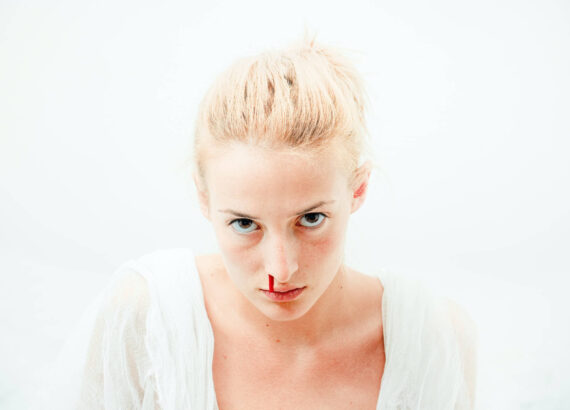 I never left the house without a couple of wet washcloths placed in baggies and a box of tissues. It was a lifesaver when an unexpected nose bleed occurred away from home.

Nose bleeds can be caused by a number of things such as trauma, allergies, dryness, or in my son’s case, thin blood vessels in the nose. After a trip to the ear, nose, and throat doctor it was recommended that we have the vessels cauterized. It was a simple procedure with no discomfort to my son (we had a great doctor), and it was successful—no more bloody noses.

If someone you know suffers from frequent nosebleeds, check with your doctor and request that they recommend a good ENT (Ear, Nose & Throat Specialist).

How to Lower Your Premiums on Homeowner’s & Car Insurance