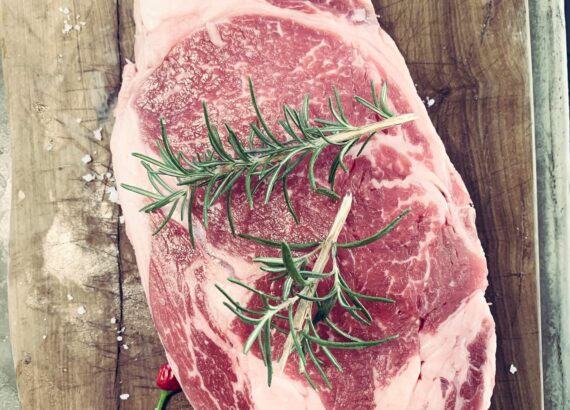 For those of you just joining this post series, our challenge was to cook with 1/2 gallon of milk that had slightly soured rather than waste money by pouring it down the drain, thereby supporting our goal of saving money and frugal shopping. Where many of you wouldn’t hesitate to dump sour milk down the drain, we made 5 delicious meals, and only used ingredients that were already in my pantry or refrigerator.

Wow! I had no idea that it would take 5 recipes (and 5 posts) just to use up 1/2 gallon of milk! As I mentioned in Post #3, the milk seemed to be multiplying every time I opened the refrigerator. But look at the picture! It’s finally gone.

For the last meal that finally did the trick, I made Flank Steak with Mushroom Gravy.

Here are the ingredients. 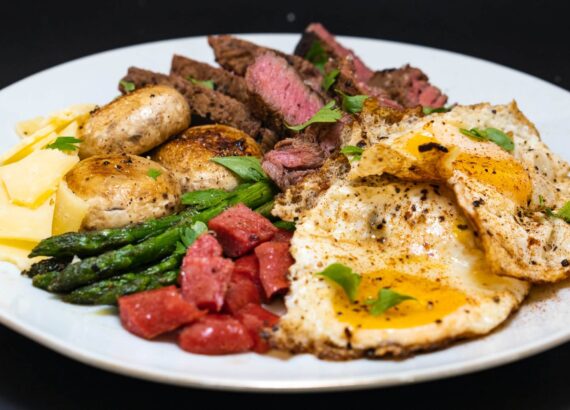 one can mushrooms, or 8 oz. fresh

one cup milk – the last of it!

spices – I used tuscan spice from Costco, and also 2 packets of Horsey Sauce from Arby’s for a little kick

This recipe was really easy and my husband loved it. I thinly sliced the flank steak across the grain. Add to a fry pan coated with Pam, and sprinkle with seasonings to taste. I also added the mushroom water from the can of mushrooms.

Cook until desired degree of doneness. My husband doesn’t like any pink, so I cooked thoroughly, but you may like it a little rarer. Add the mushrooms toward the end of the cooking time. If using fresh, add earlier.

Remove meat when done, and keep warm (the mushrooms will stay behind). Add butter and melt, then add flour and mix thoroughly, scraping up the pan bits left from the meat. Add milk slowly and stir to remove lumps. Add Horsey Sauce. Cook over medium heat until thickened. Season with salt and pepper to taste.

Arrange sliced steak on platter and top with mushroom gravy.

Carol’s Tip: You can also use a can of cream of mushroom soup thinned with a bit of milk or water for the gravy. It’s delicious too but more costly than making your own sauce.