Home / Bee in the Know / Vitamin D The “Sunshine Vitamin” and Why We Need It!

Stronger bones, a better immune system, protection from some cancers, lower blood pressure, clearer skin, and a healthier brain. These are just a few of the apparent benefits of the strangest of vitamins—vitamin D. Unlike all other vitamins, vitamin D is made by our bodies, but it requires sunshine.

The problem is, we’re just not getting as much sun as we used to or enough to make the vitamin D our bodies need. We spend too much time indoors, and when we do go outdoors, we’re using sunblock, which blocks the ultraviolet rays that create vitamin D.

Our skin is an amazing organ that automatically regulates the amount of vitamin D it produces, and it naturally won’t produce too much. If you spent a day at the beach, your skin would produce about 10,000 IU (international units) of vitamin D3. That’s about the maximum daily production by your skin.

Stay safe in the sun

Foods don’t contain nearly that much—the richest sources are fish, fortified dairy and soy milk products, and eggs. But salmon has only 100 units an ounce; milk, 100 units a glass. So you can’t get enough vitamin D from food alone.

Is it time to go back to sun worshiping while smearing on the baby oil? Wait. Before hitting the beach, remember that the sun also causes skin damage and that too many rays can lead to skin cancer.

The lighter your skin, the more sensitive you are to sunlight, but the less sunlight is needed to produce vitamin D. The darker your skin, the more sunlight is needed. So how do we know how much is enough? It depends on your skin type, where you live, how much time you spend outdoors, your dietary sources of vitamin D, and what you might get in supplements.

Medical studies rely on blood levels of vitamin D to investigate its effects. The most reliable blood test is known as 25-hydroxy-vitamin D, and it’s now widely available. Based on a number of studies, optimal blood levels of vitamin D are between 30 and 100 nanograms per milliliter of blood. People with levels between 15ng and 30ng are considered vitamin D insufficient. Those with less than 15ng are considered vitamin D deficient. 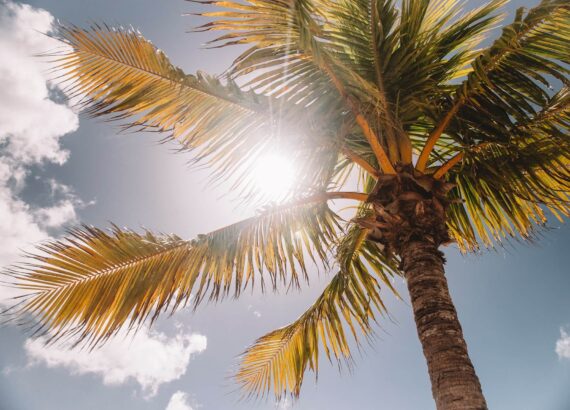 A recent study of more than 6000 children across the U.S. showed that 70% had low levels of vitamin D— 61% were insufficient and 9% were deficient. A low level of vitamin D puts kids at risk for bone problems and could be a precursor of osteoporosis later in life. Kids with low vitamin D levels also had higher blood pressure, on average, as well as lower HDL (“good”) cholesterol levels. Researchers theorized that widespread vitamin D insufficiency was due to poorer diets and less time spent outdoors.

There’s understandably a lot of confusion about the best way to get vitamin D. The American Academy of Dermatology recently recommended that people should get it from food and supplements and none from unprotected UV rays because of the risks of skin cancer and sun damage. Critics argue that short periods of sun exposure can be safe and that supplements of vitamin D haven’t yet been proved sufficient in preventing disease.

And just as sun exposure doesn’t work equally well for all (e.g., those with dark skin), supplements don’t work the same for everyone. Some people—such as those with bowel disorders like celiac disease or Crohn’s disease—have trouble absorbing vitamin D supplements.

7 habits for a longer life

Based on the existing research and an equal measure of common sense, here’s an approach to make sure you’re protected and getting enough vitamin D:

To learn more about the health effects of vitamin D supplementation, the government has funded a $20 million study that has just begun. Both vitamin D and fish oil will be rigorously studied to see whether supplements can reduce your risk of cancer, heart disease, or stroke.

This article was printed on September 20, 2009 by PARADE Magazine Contributing Editor Dr. Mark Liponis, the author of “UltraLongevity” and the medical director of Canyon Ranch Spas.